Be the first to review this product
$59.95
In stock
Item Number
BOKAMNB
Add to Wish List
Skip to the end of the images gallery 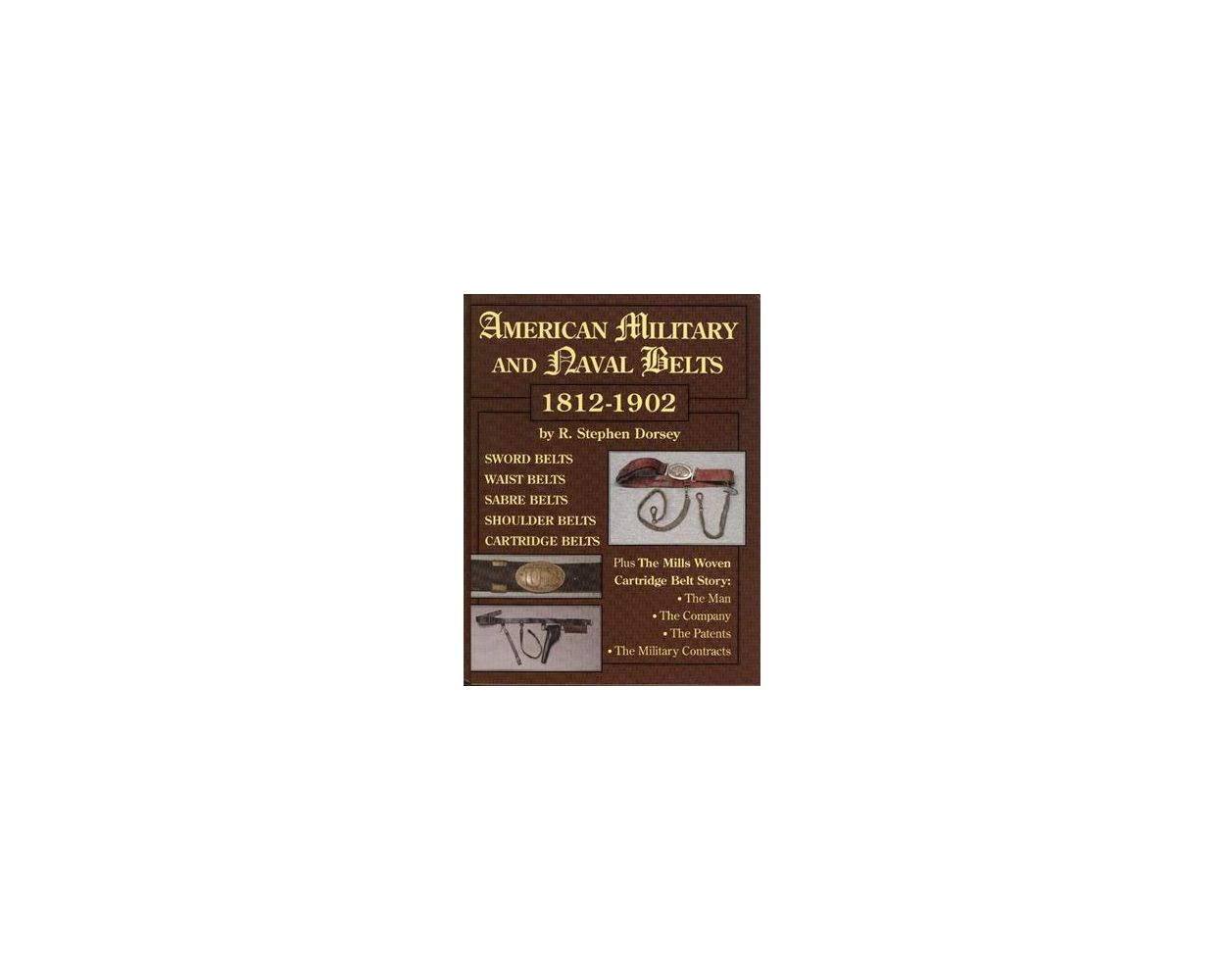 Skip to the beginning of the images gallery
Details
THE COMPLETE STORY OF THE LOOPED MILITARY CARTRIDGE BELT AND GEN. ANSON MILLS
The development of the looped cartridge belts used by Frontiersmen, Buffalo Hunters, the US Army and Navy, from the Civil War until World War I, has never been told until now.
Senior collector, historian and writer, R. Stephen Dorsey, in his definitive book, AMERICAN MILITARY AND NAVAL BELTS 1812-1902, has devoted over 160 pages of detailed history, color photographs and patent drawings and commentary to the development of the looped military cartridge belt and the role played by General Anson Mills; his successor, T.C. Orndorff and the world famous Mills Woven Cartridge Belt Company.
The story of the American looped cartridge belt, though, apparently started during the Civil War with the issuance of metallic cartridges for some weapons (e.g. Maynard, Henry). The idea moved into the Frontier West and may have been been the genesis for Anson Mills' first trial cartridge belts (in leather!) and, later, the 1874 Army issuance of the Hazen Loops. In1876, the Army adopted the first of the famous 1876 Prairie Belts which were supplanted by the first of the superior Mills Cartridge Belts in 1880. From that time on, the Mills Belt, in one variation or another, was the preferred way to carry metallic cartridges.
From the first Anson Mills trial cartridge belts, through the army cartridge belts of the Old West, to the Spanish American War and, finally, the patent drawings and markings of the pouches, belts and fittings of the World War I Army – all of these are shown in photos and drawings from major collections and the US Patent Office. It's all there.
If you want the full, illustrated story of the Looped Cartridge Belt, Anson Mills and his company and much, much more, this is the one book for you. It is the last word. 11.2" x 8.5" x 1.2" 468 pages hard bound.
More Information
Reviews
Write Your Own Review
Only registered users can write reviews. Please Sign in or create an account
© Copyright 2021 B.A.C.O., All Rights Reserved. Site powered by Ecomitize LLC.