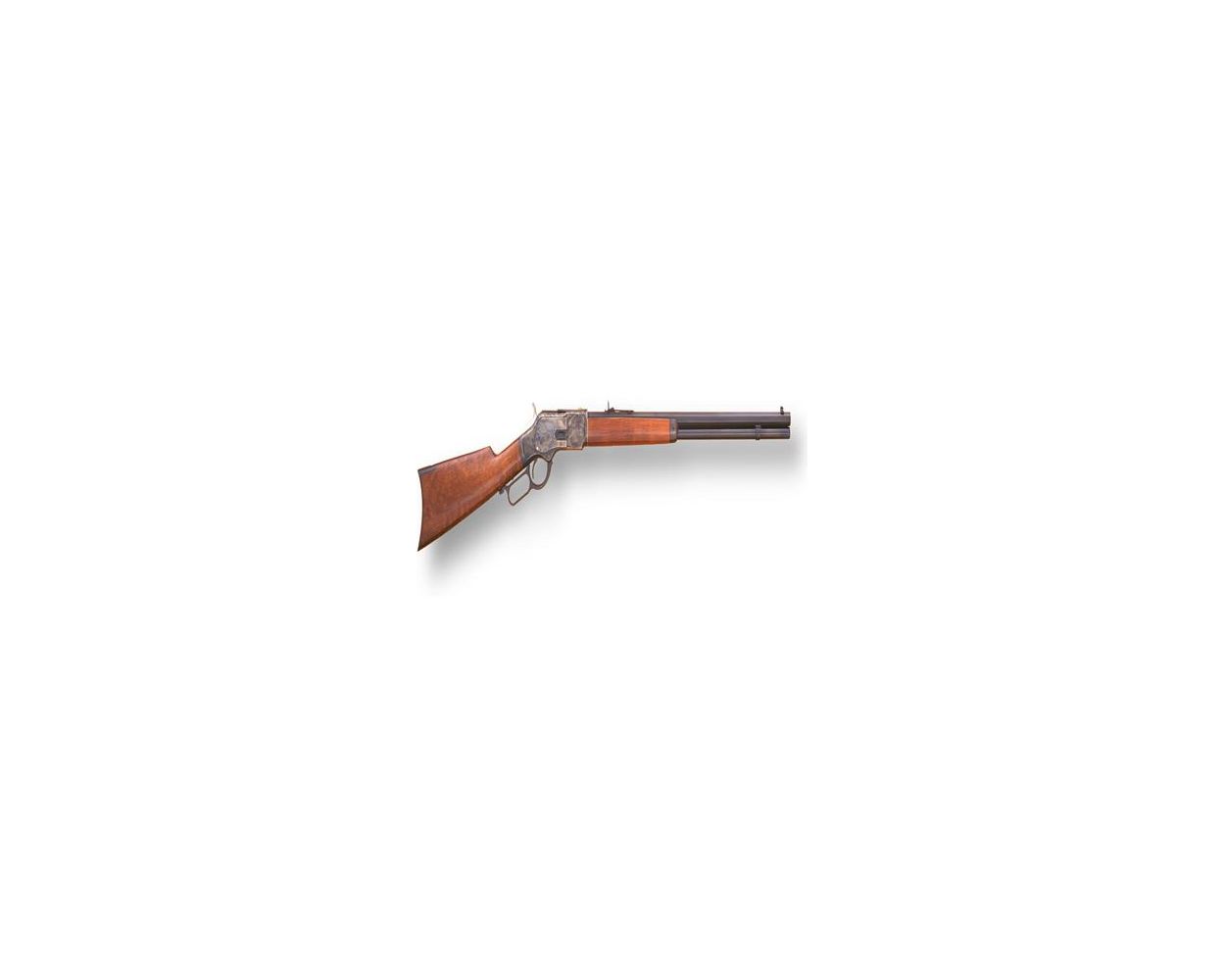 Skip to the beginning of the images gallery
Details
Cimarron imported Uberti Cowboy Action Shooting version of the Model 1873 Winchester rifle was probably the most popular civilian rifle used on the frontier of the American west. More than half a million were produced by the turn of the century. This rifle is manufactured by Uberti and imported by Cimarron. Like all other Cimarron models, this 1873 is the highest quality available. Cimarron places the authentic and original King's patent markings on the 24" blued octagon barrel, uses historic caliber designations, and includes the historically artistic "Model 1873" tang markings. The forged steel receiver is case colored along with the lever and hammer, the butt plate is blued. The barrel comes with a standard Winchester style semi buck horn with blade sight. The magazine capacity is 12 rounds of ammunition. All markings are placed in the same configuration as the original 1873 rifle. Chambered in 44 WCF. To put together a truly unique rifle see our Firearms Options category.
More Information
Reviews
Write Your Own Review
Only registered users can write reviews. Please Sign in or create an account
© Copyright 2021 B.A.C.O., All Rights Reserved. Site powered by Ecomitize LLC.